Justice and Throwing Stones: Lessons from the Story of Stephen 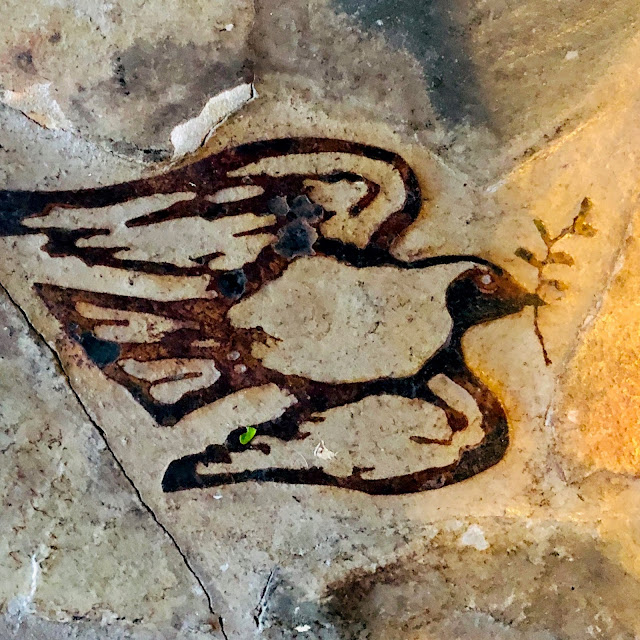 Like you, I’ve been listening to the news and reading the social media feeds concerning the issues of racism and the response to its existence in the culture today. One of the interesting things about the age we are living in is seeing all the different points of views. I’ve seen many Christians struggle to admit systemic racism exists. They reject the idea that racism is a problem and like to focus on the "heart issues" of individuals.
People’s opinions vary depending on their life experiences, where they live, and how the algorithms are curating what they see and hear from influencers. I am as susceptible as anyone to believe my own opinion when it comes to assessing the cultural climate. The challenge for Christians---for me---is to be open and honest about how the Bible informs the issues of today with the stories of yesterday.
This summer I have been reading the book of Acts and was struck by how quickly in the early days of the church anger turned to violence when the Jewish leaders felt threatened.
Today, there are some Christians unwilling to consider that the institutions and systems in our culture favor one race over others. Some are taking offense and pushing back. It’s especially surprising when I see Christians in leadership holding this position. Could we in the body of Christ learn from the story of Stephen in the book of Acts?
Why is it that we always feel the need to defend our position when what we see as the norm is threatened?
The Pharisees’ frustrations with Jesus continued as the early church started to coalesce. The start-up church was threatening the institution that benefited them. Though many of the religious leaders were early believers, others felt threatened by the change occurring around them. They were frustrated that killing Jesus had not stopped his influence in the world.
The apostles who had been with Jesus before the resurrection had to prioritize sharing the gospel as the church grew. This created a need for deacons to be selected to serve in other ways. One of the first deacons was a man named Stephen.

“And Stephen, full of grace and power, was doing great wonders and signs among the people. Then some of those who belonged to the synagogue….rose up and disputed with Stephen. But they could not withstand the wisdom and the Spirit with which he was speaking. Then they secretly instigated men who said, “We have heard him speak blasphemous words against Moses and God. And they stirred up the people and the elders and the scribes, and they came upon him and seized him and brought him before the council” (Acts 6:8-12)

Acts 7 records Stephen’s defense. The man of God gave a detailed description of the story of Israel that was very familiar to those who were listening. When confronted with the truth about what God had been up to and was doing in their day, they were enraged. Instead of trying to justify their position against Stephen or Jesus, they were offended. Their anger turned to rage. The “men of God” acted to put to death the truth.
There’s a reality about truth. It cannot be killed! Try to kill the truth and soon enough it will be resurrected.
We know the story. Stephen was stoned. As he took his last breath, he prayed for those who were killing him. Stephen died living out the love and forgiveness of Jesus.
I doubt the Jerusalem News Network reported the stoning of Stephen at the hands of the Pharisees.
It is unnerving to see in this story how little it took for people with power and authority to move from anger to violence. This is our human condition apart from being transformed by Christ. Religious or irreligious, it takes very little for those who are threatened when institutions are challenged to get angry and act to defend their positions. Most don't throw actual stones, though some do; more often, it is words and defensive meme sharing, or a well-crafted tweet that gets tossed into the fray.
If we look at what happened to the human beings in Acts 7 to find encouragement, we go away hopeless. Stephen died. The religious leaders were rioters. To top it off the great religious zealot, (the soon to be apostle Paul), stood and watched the grisly scene giving his hearty approval as a committed defender of the Jewish traditions.
But (thank God for the but) there was One standing in the wings, One who takes His place at the end of the story. Psalm 146:6 says this about our God who “made heaven and earth, the sea and all that is in them; (He) keeps faith forever.”
Did God keep faith in this circumstance? He could have executed justice on the spot. Was He looking down from heaven enjoying the show?
As the religious institutions of the day faced the truth of the gospel, Jesus who was sitting at the right hand of the Father, the place of all power and authority, rose to his feet. Jesus kept faith. He gave Stephen the privilege of living committed to the Truth before the “establishment”---the people of God who had forsaken Him and replaced relationship with politics and power.
Stephen received the martyr’s crown.

“And do not fear those who kill the body but cannot kill the soul. Rather fear him who can destroy both soul and body in hell.” (Jesus)

Living on the earth is not nearly as important as being received into heaven. Jesus made this clear when he spoke those words recorded in Matthew 10:38. Stephen believed them.
Do I have the faith of Stephen? Honestly, I don’t know. I’ve never been tested to see, but I know that it's a well-worn path for me to want the status quo over the advance of the Kingdom. How often I have forgotten the story of God with his people, the intention of his heart, and his desire to bring all men and women into his kingdom? How little I have sacrificed to complete the mission Jesus has given me!!
Do I get angry? I do, and who is it that I get angry with?
Is it not those who mess with my privilege---my comfort zone---my perceived right assessment of the way things are or should be?
I could just withdraw and refuse to admit my tendency to live in a self-focused way. I could be unwilling to own up to having any part in the problem of systemic racism.
Silence will not right the wrong.
Is it not true that withdrawal is the place of the privileged, but living out the truth, acting according to the truth, even suffering, is the means to a flourishing life, a Kingdom life?
Stephen flourished in his death. This the great irony of the story and one that we are uncomfortable with.
Micah 6:7 has been made into a meme and preached from pulpits over the past few weeks:

“He has told you, O man, what is good; and what does the LORD require of you but to do justice, and to love kindness, and to walk humbly with your God?”

Let’s be careful to be merciful in these hard days on the earth. Justice without mercy looks a whole lot like hate, but justice with mercy looks like love. Justice alone will never be enough.

“For judgment is without mercy to one who has shown no mercy. Mercy triumphs over judgment.”
James 2:13

Lord, your patience toward humankind astounds. Keep teaching us. Keep on keeping faith for us. Help us to be captured by your heart for justice with mercy so that we are known by our love for others. "Your kingdom come, Your will be done, on earth as it is in heaven."
Part two in this series next week---what we can learn about God's heart for all people from our old pal Peter.
Labels: Fear and Anxiety