What We Needed All Along

I posted this meditation to my Facebook feed, but I wanted to post it here in case you've left the world of Facebook. I put it over there because I thought it might help someone. I'm finding the old, old stories reveal more of their depth as I grow older---that is, if I'll sit with them awhile. Usually, what I find is what I needed along. 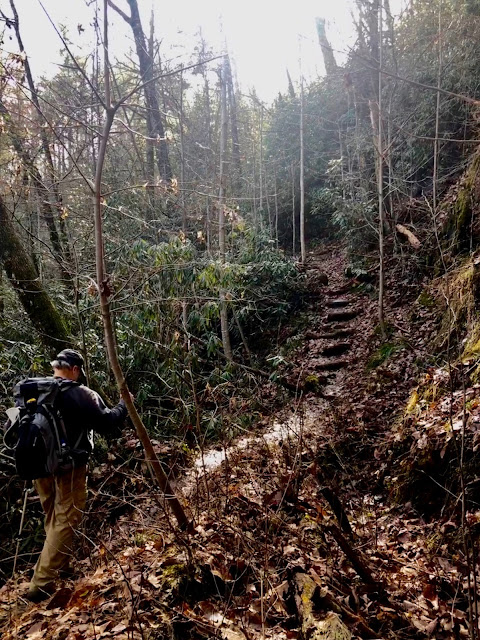 A Meditation on Abraham and Isaac

I hesitate as I go to where I am going.

My word this year is “yes”—not “no” or “maybe.” God is testing me at my weakness. Sometimes I feel like there is something I need; something I’m missing; something I don’t understand. I think I have to have it all together before I move forward. And another thing, I’ve gotten too comfortable with resistence.

I tell others all the time that answers to life and living are in God’s Word. I want to live what I say, so I found myself sitting long a few days ago in God’s word. It was a familiar story, a Sunday School story that threatened to be too familiar. There, the Holy Spirit led me once again into His story—the greatest story ever told.

It may be my nature to hesitate, but Abraham did not. He was a man who learned to fix the eyes of his heart on the promises of God. The man of faith set his course and went “to a place he did not know.”

I’m still learning as I go. I imagine he did the same.

After waiting and waiting and waiting, after surrendering the plain to Lot, trying to work out God’s plan on his own with his servant Hagar, and dealing with Sarah’s vindictive nature toward his son Ishmael, Abraham obeyed. After all the hard lessons, he was tested again, in a way that must have threatened every vestage of faith he had learned along the way. God asked him to sacrifice his son.

“Take your son, your only son Isaac, whom you love, and go to the land of Moriah, and offer him there as a burnt offering on one of the mountains of which I shall tell you.” (Genesis 22:2)

Abraham who was old, very old, had become quite the man of faith. Without hesitation, he placed the splintered wood on Isaac’s shoulders and walked up the mountain beside the son of promise. Abraham, shoulder to shoulder with the hope of the future, grasped the weight of fire in one hand and a dagger in the other.

We don’t read that story as Christians without remembering another Son—Jesus who carried a cross, the wood upon his shoulder. The Father walked beside Jesus, always beside him. Near. God Almighty, the Fire (Heb. 12:29) and the Dagger (Heb. 4:12). This was the God who is Able, who has the power to divide, to consume, to destroy—to shake the whole earth.

Abraham climbed, built an altar, and raised the dagger, but he would not plunge the blade through the heart of his son. The voice (or Voice) came and stopped him in his tracks. Abraham turned. His eyes saw the ram in the thicket. Abraham’s story becomes my story, our story, but this was not God’s story.

“For God so loved the world, that He gave his only begotton Son…”

Abraham loosed his son and turned aside to untangle the ram, to free it from the thicket. He found what he needed entangled in the brambles.

Some may say nothing was required of the man of faith, that the ram, the provision for a sacrifice, is the only point of this story. It is a glorious part of the story, no doubt. But is there more to learn?

Was Abraham not obedient? Was he not willing to walk up the mountain carrying what potentially could destroy— fire and dagger— trusting that God would help him to know how live with such power? When God provided the ram, was Abraham not willing to go and untangle that which was trapped in the wild mess of an unpruned and thorny world?

Sometimes, we must pick our way through thickets to get to God’s provision. We live, after all in a wild mess of a world, still unpruned, still thorny. We only understand the great significance of the Sacrifice provided when we set down our power, draw near—when we free Jesus to be for us what we needed all along.