The End of Hope Deferred: How God Used My One Words in Ways I Hadn't Expected 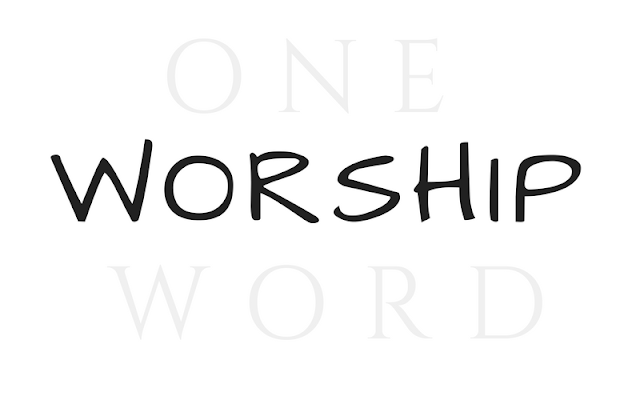 “True worship places us in the position to put wonderful words, thought, images and practices in our minds and bodies that demonstrate or manifest the truth and goodness of God and his Kingdom.”

When I read the above quote in a book titled, Preparing for Heaven written by Gary Black, I sensed in my spirit that the word “worship” might be my One Word for 2018. I can’t imagine any more appropriate response to what I have experienced in the last year. It was at that time I began to experience the reality of the breakthrough God had orchestrated for me a month earlier. I sensed Him leading me to the word “metabolize” as my word for 2017. I didn’t understand how He would work in my life to feed me in the depths and to help me assimilate more and more knowledge about who God is and how he desires for me to live with Him now and into eternity. So worship is my new word. I am humbled.

Even though God has been with me all of my life, it wasn’t until this past year that I was able to grasp more of the fullness of His love. I have grown in understanding, but also in faith. I’ve wrestled at times, but God has continued to confirm his message to me over and over again. He knows I need assurance, something that emphasizes truths that He brings to me. My friend, Shelly, calls these sacred echoes which certainly resonates with my experiences (pun intended).

I’ve picked a “One Word” for years now. It has only been in hindsight that I’ve been able to see how each was a part of a process the Lord was leading. He has brought me to the broad place my heart had longed for so very long. Why would God use something like One Words? It seems so silly, especially in light of the Word of God. The Word itself says that God uses the foolish things in the world and not necessarily the things most would consider wise. (1 Corin. 1:27) I think One Words fit into that category. They have no power in and of themselves to change anyone’s destiny, but they can help us focus towards something positive, something hopeful that moves us out apathy into an expectancy that pleases the Lord. 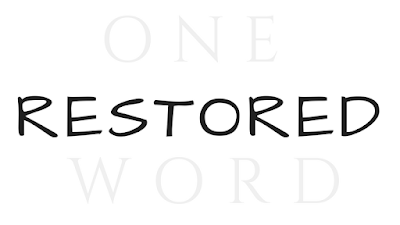 The first year I picked a One Word was 2012. It was the word, “restored.”  It was the year I began to write and to blog. I started to see in the words I put on the page that I had been restored. I was so ready to own that word! After a life-altering battle with depression twelve years earlier, with God’s help, I had finally processed my way through to complete healing. I hadn’t been sick for a long time, but I was still hurting from the regrets and the pain of that period in my life. Now I was ready to move forward and testify to God’s healing and goodness, His mercy, and grace. 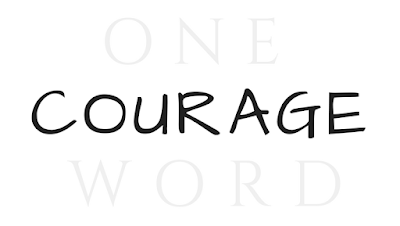 The next the year the Lord released me from formal ministry in my church. I had taught Bible Studies for years and felt compelled to set the opportunity aside for no reason other than a sense of direction from the Lord to do so. I describe it as the feeling of having “no wind for my sail.” Others confirmed that I wasn’t off-track. My One Word that year was “courage.” I didn’t know then what I know now how courage would be required in the year ahead. I would discover that my identity was tied up in what I was doing for God rather than who I was in Christ Jesus. This was a hard truth. I sat with it for awhile and oddly enough, I was relieved rather than devastated. It wasn’t necessary to strive to find success in serving God. I asked God to help me serve as He directed day by day. Some days I struggled. That's when courage was necessary. Near the end of that year, my Dad was diagnosed with cancer. I began a journey with him that required courage from both of us as we redirected our lives toward a new normal with me beside him as his caregiver. 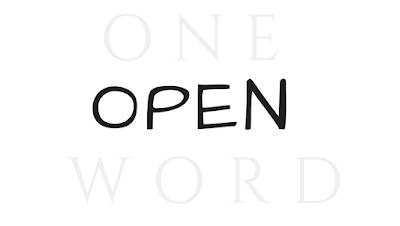 “Open” was the word God impressed on me in the year I turned fifty. Would I continue to grow in Christ now that I become a grandmother and was beginning to turn gray? It was a question I sat with much of that year and one that I answered with a hopeful "yes" after spending half of the year at the Infusion clinic with Dad. There is nothing like sitting in a cancer center to inspire openness. 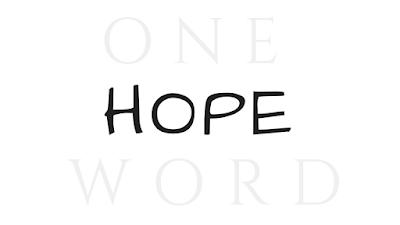 The next year, God gave me the word “hope.” Hope is a powerful thing. The hope of a Christian is akin to truth. It is not couched in the wishy-washy sentiment of uncertainty that the world calls hope. It is a future-oriented surety that provides a steady place to stand with an eye to the future and to the sure promises of God. I had hoped that the breakthrough I needed would come in the year of hope. Instead, hope kept me waiting. At the same time, hope kept me from despair. 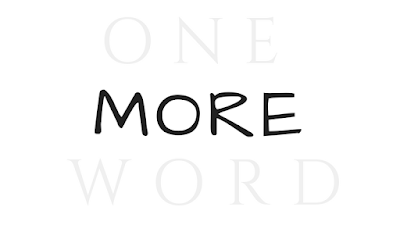 “More” was my word for the following year. I was shy about it and unsure. It felt greedy. I realize, in hindsight, God was taking the opportunity to show me how life in the upside down Kingdom works. He continued to give me less of the things that once were part of my life. But as I trusted Him, He gave me more of the things I didn’t have in my life. I began to hunger for deeper understanding of God’s Word and I learned how to pray in new ways. I began to incorporate listening into my prayer life. I also learned to embrace the present and to live with those closest to me with intention. I was doing less of what the world might see as productive, or even the church, but my heart was being enlarged. I was becoming a vessel that could hold more of what God had to offer because I was in a better position to receive his grace—until I wasn’t. At the end of that year, I entered a short season of doubt, something I had never experienced before. God was faithful. He is always faithful. 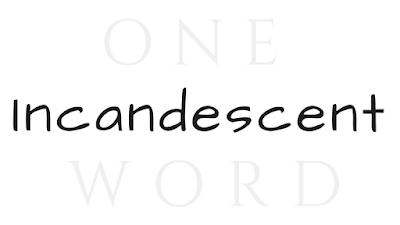 In 2016, God gave me a “weird word” as I have called it— the word “incandescent.” During my season of doubt, I continued to seek God even though I couldn’t sense his presence. I kept practicing my faith as if nothing had changed. The Lord took notice and by the end of 2016, the Wind of his Spirit had blown on my little flame and caused me once again to burn from within—not as before, but more than ever. It came with a breakthrough. What does that even mean? I had read and heard about people needing breakthroughs and I thought I needed one myself. The problem was I didn’t really understand what a breakthrough was until I experienced one. Now I understand why others don’t explain “breakthroughs” well. They are hard to describe. The closest thing I can come up with is: “I was blind but now I see.” 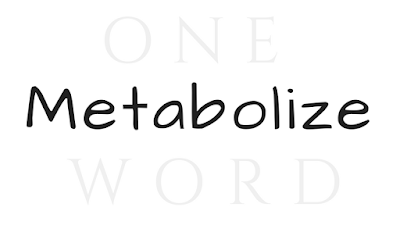 “Metabolize” seemed even more weird than incandescent when I understood it was my word for 2017, though the word brought great expectancy about what God might do. The Greek word for "metabolize" means change. I am changed and being changed. It is a process I needed and God wanted to help me to enter. This process of change, of transformation, isn’t over. I don’t believe it ever will be—at least not on this side of eternity. Transformation is part of God’s plan (Romans 12:2) and it is the reason He leaves his children on the earth after they receive his life. He wants to prepare those who trust in Jesus to live in the kingdom now and in the kingdom to come. It’s been an incredible journey that has humbled me and given me great joy. No wonder I am drawn to the word “worship” for the coming year.

I've written all these things because it is important to remember the ways God has worked in our lives. Our past informs our future. This has been a process as I stated earlier, but it has been a messy one--really messy! It didn't go forward in an orderly fashion. I didn't trust it completely. There is no formula for growing in our lives as Christians. These One Words were a small part of what Jesus used, a framework if you will, to grow our relationship.

I am a word person. Words speak to me. The Bible says Jesus is the Word. I like to say words are powerful, but the Holy Spirit may guide you in another way, a way that speaks to how He made you. This post is to encourage you to persevere in your faith walk in an age where, as the darkness falls, many Christians feel as if it may overtake them. These are the days when we need desperately to draw near to God. I encourage you to begin by letting 2018 be a year of drawing nearer (as the old hymn says) by setting an intentional focus toward that end. God will meet you there. He will. 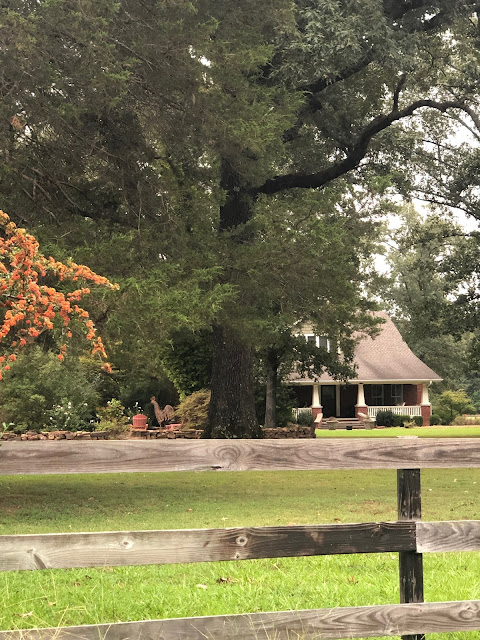 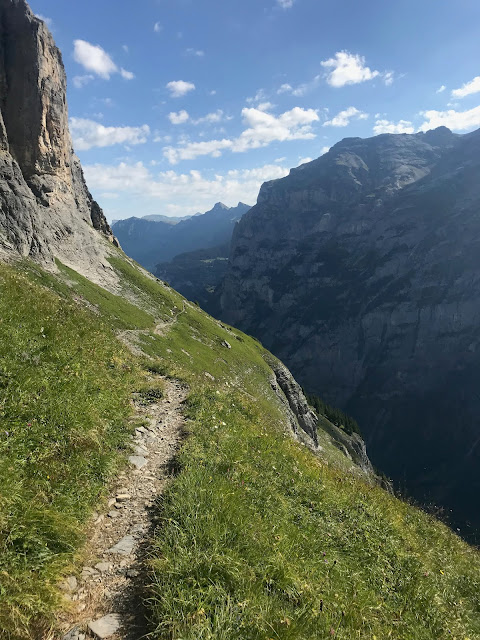 Living in the Kingdom: On the Narrow Way